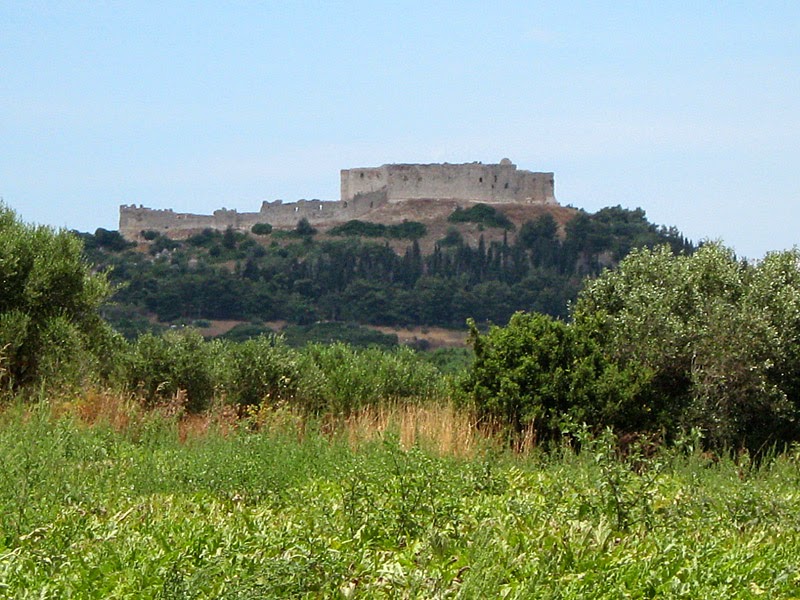 Chlemoutsi Castle is located at the western peninsula of the Peloponnese. Built above the hill of Helonas it dominates the plain of Ilia. It is one of the most important and best preserved fortresses of the Hellenic area, an exceptional example of the Frankish architecture of the Peloponnese.

The fortress consists of two courtyards. The inner courtyard where the princely house, the chapel, and the shelters for the guard were built at the highest point of the hill and formed a hexagon around the large central courtyard. Remnants of buildings, tanks and a Turkish mosque are preserved on the outskirts.

Two years ago, from 1220 to 1223, a record year for the time, Godefredos needed to build the stronghold of the Frankish prince of Achaia. Built it in a strategic position with an extended view of the camp of Eleia and the Ionian Sea, it protected the capital of the prince, Andravida and the most important port of Glaredzas. It was named by the founders of Clermont and he knew a great deal.