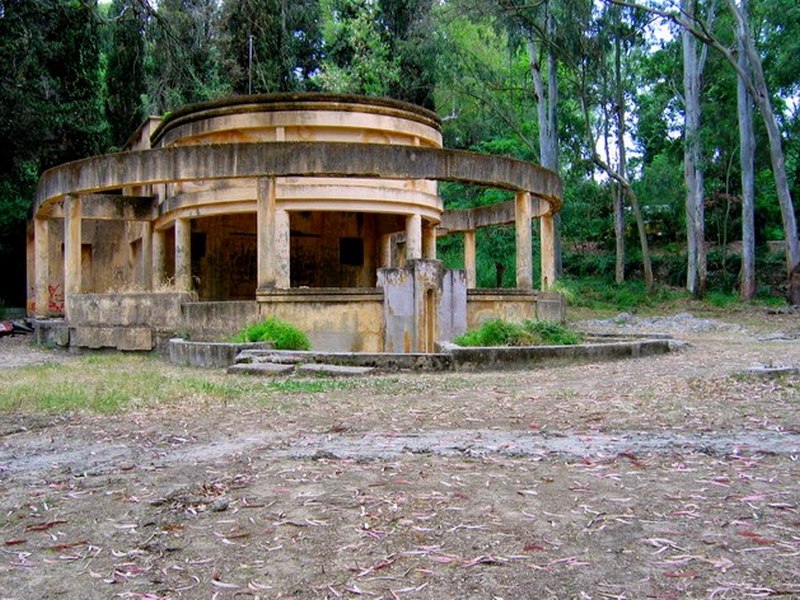 In Thermal Baths in antiquity there were sanctuaries of Asclepius, Aphrodite and other deities. A hydrotherapy facility was there during Antiquity in Roman times and later as evidenced by the surviving ruins of Roman Baths.

The thermal springs of Kastro Killini are located on the northwest beach of the Peloponnese, which belongs to the prefecture of Ilia and directly opposite the islands of Zakynthos and Kefalonia. The thermal springs of Loutra Killini are within the rural area of ​​the DD. Castle, located southwest of the village as well as Chlemoutsi fortress, 6 km from Kylini and 85 km from Patra.
The name Kyllini was given to Loutra because Kyllini, which is six kilometers away from Kastro, was known from antiquity as a harbor and as a settlement. The springs are located between two hills (mostly sandy) and form a valley facing the sea at a distance of 330 meters. The area of ​​Loutra has dense vegetation and with centuries-old trees, mainly eucalyptus trees, planted in the years 1890-1892, transported from France by the care of the company SPAP, which had undertaken the exploitation of the Baths. The Baths of Kyllini were an independent settlement until 1912. After the recognition of the Municipalities and Communities with which the village of Kastro was recognized as a Community, at the same time the settlement of Loutra Killini was part of the Castle Community. Following the implementation of Capodistrian law 2539/1997, Castle was a single unit of the newly founded Municipality of Kastro-Killini. The name “Loutra Killinis” remains so because it is known worldwide and in order to avoid any confusion. The transfer to Loutropoli is secured by car from Lechena – Kastro – Loutra and from Vartholomio – Loutra or from Killini – Kastro – Loutra.

The thermal springs have been abandoned for centuries and in the year 1890 – on Charilaou Trikoupi – the exploitation began with the concession to the company SPAP (Piraeus – Athens – Peloponnese Railway) for fifty years. At that time, the sidestream railway to Loutra was constructed from Kavasila station. The line was operational until the year 1940, and was destroyed during the German occupation. The company SPAP, using the Loutra, has built a hydrotherapy store with a large waiting room with 50 marble baths, an inhalation department, as well as lithography, lithography and spraying facilities, hotels and private hostels with apartments for rent, park, flower gardens, etc. During the occupation and the civil war, the installations of the Baths were destroyed and only in 1951 the organization and exploitation of the EOT was destroyed. (National Tourism Organization) with the creation of hydrotherapy, hotel and camping in the area. Since 1998 the area of ​​Loutra has been rented to Daskalandonakis Nikolaos for 46 years where a hydrotherapy and luxury hotels were built and operated.